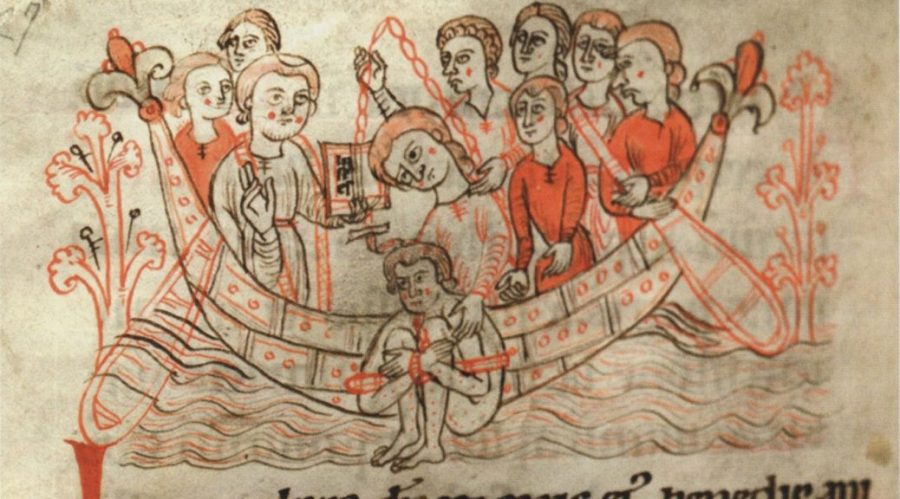 Despite his praise-filled language for the Apostle Peter and Roman See, the Frankish Archbishop Hincmar of Reims (d. 882) had a turbulant relationship with Rome and was no believer in Vatican I’s universal and immediate jurisdiction of the Pope. This was due to his exceeding expertise in canon law. In this paper, Tavard analyzes Hincmar’s concepts of apostolic succession and episcopacy. A picture of Hincmar is revealed that cuts the legs off of the view that the West was ecclessiologically out of sync with the East when it came to the Papacy. Hincmar is shown to be a firm supporter of metropolitan rights and resists any perceived attempts at encroachments upon his see by anything short of a synod. 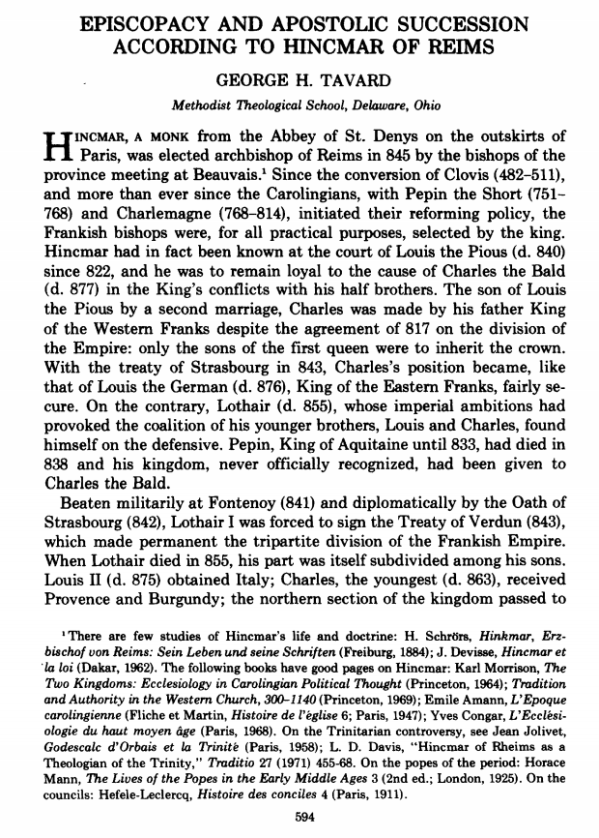 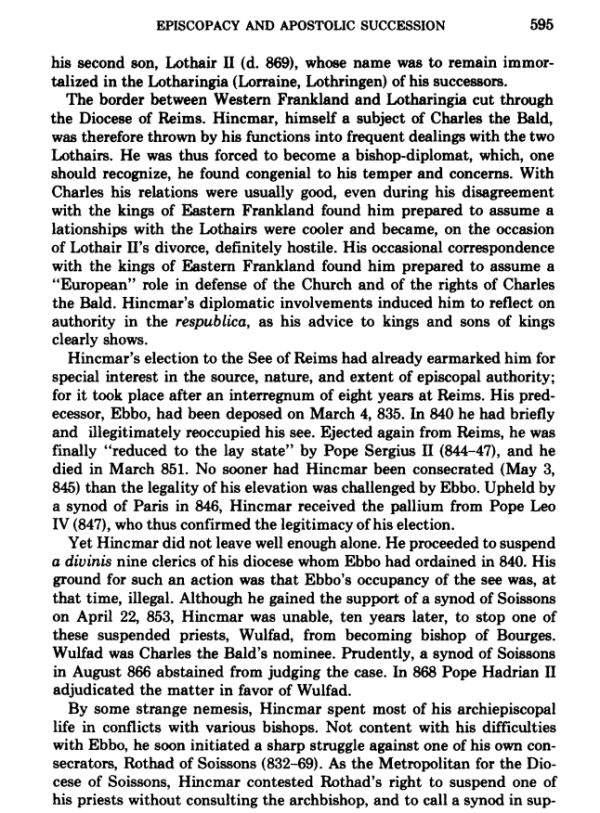 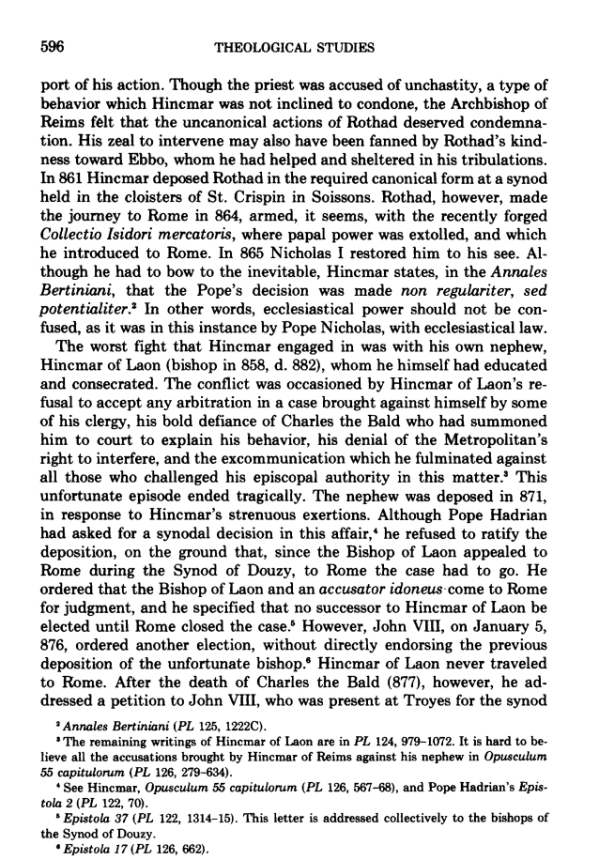 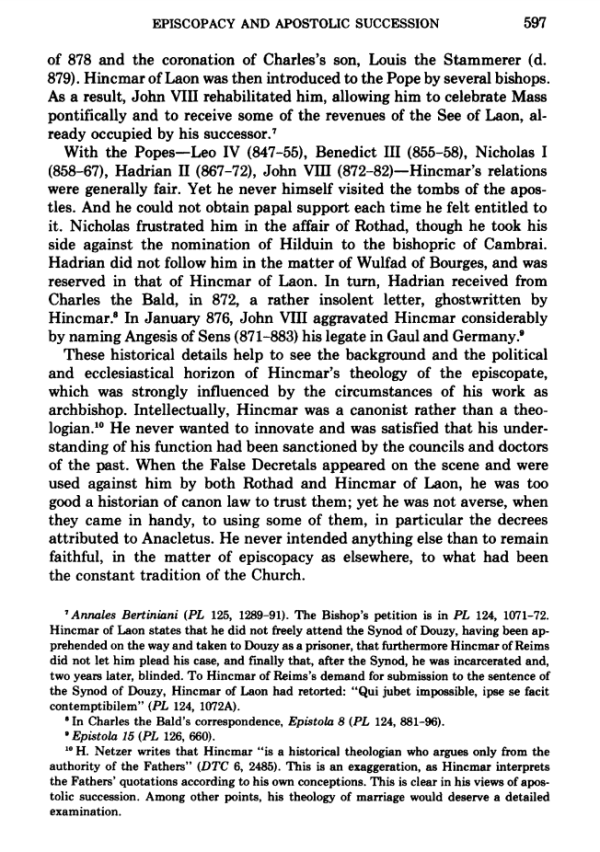 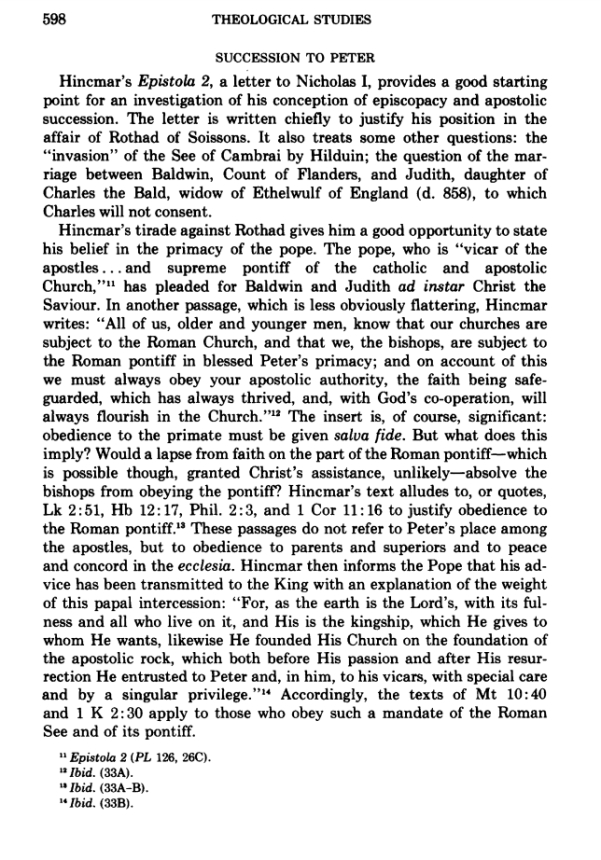 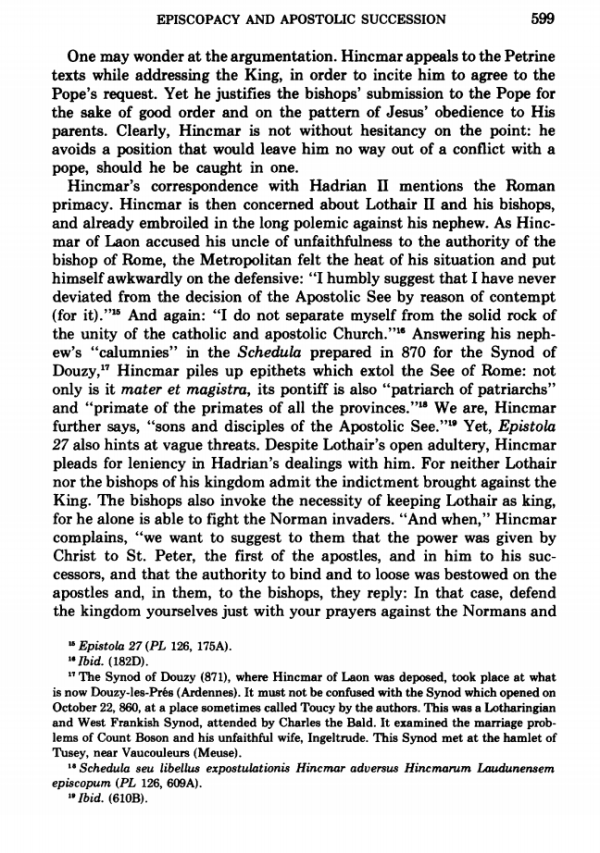 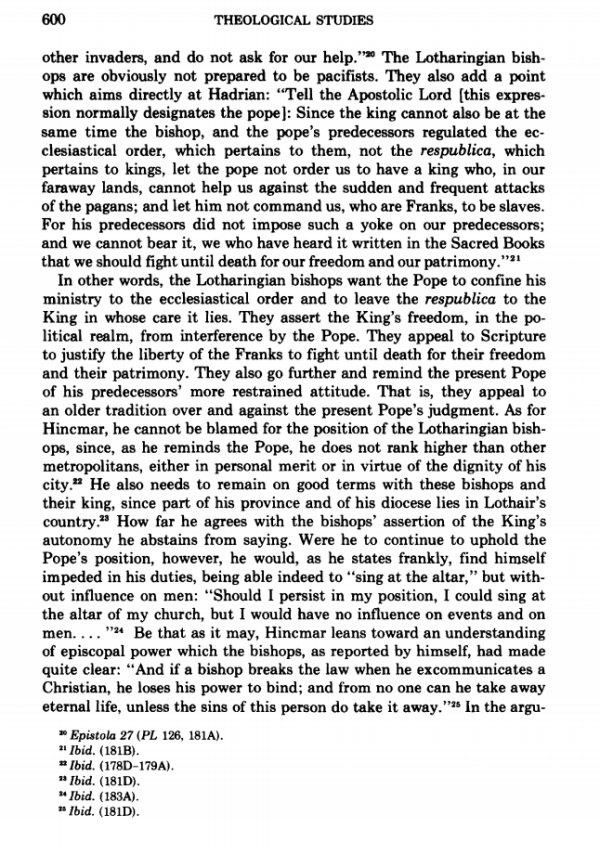 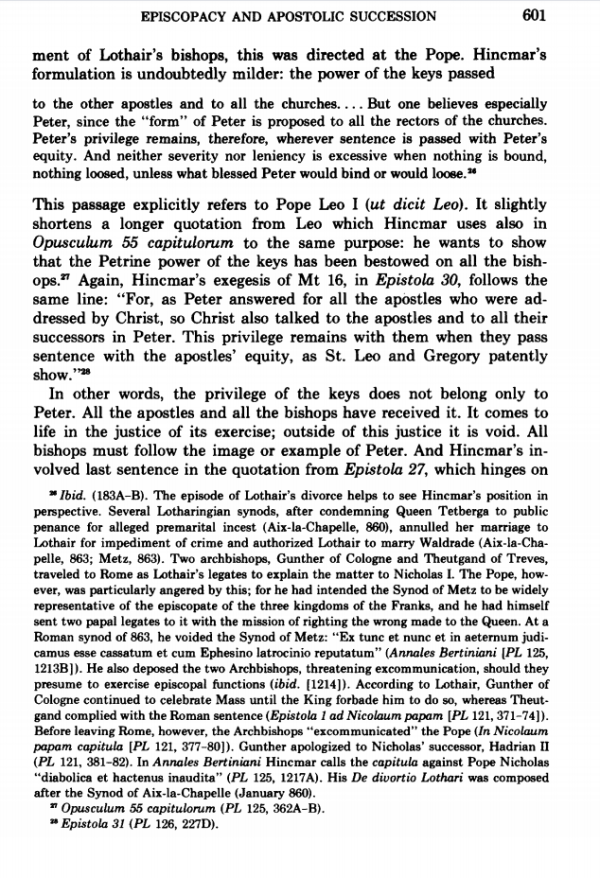 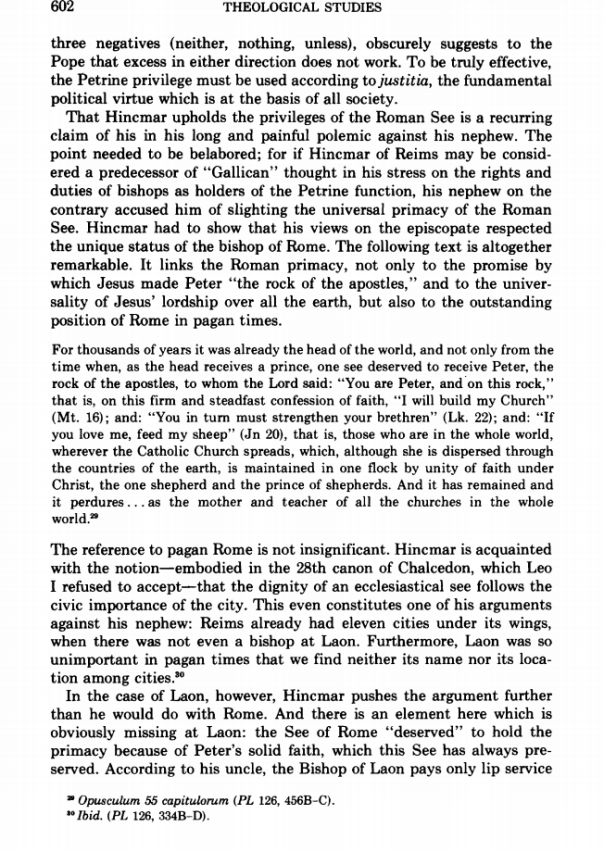 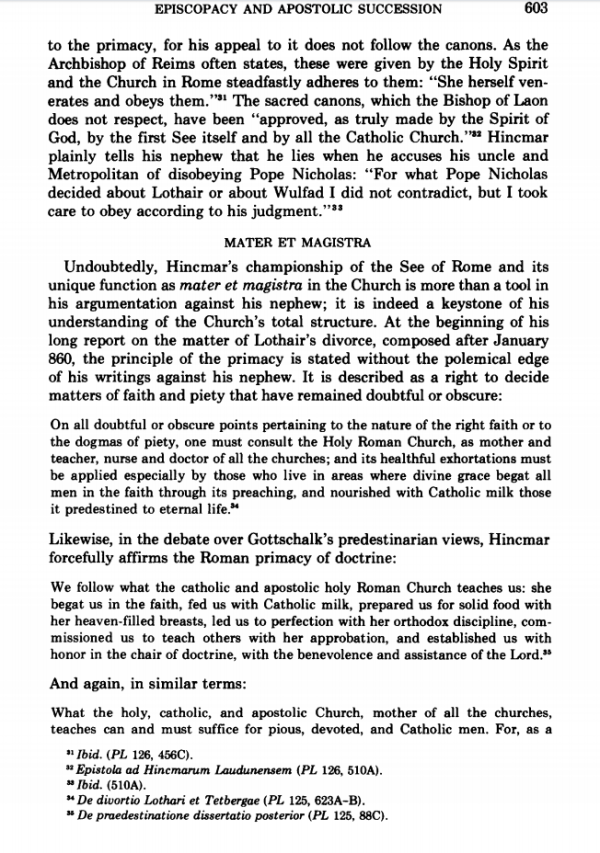 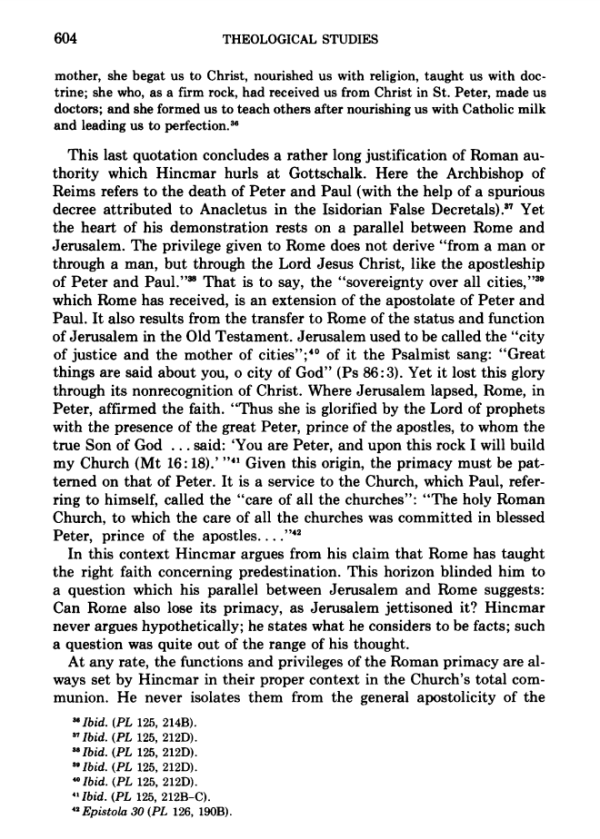 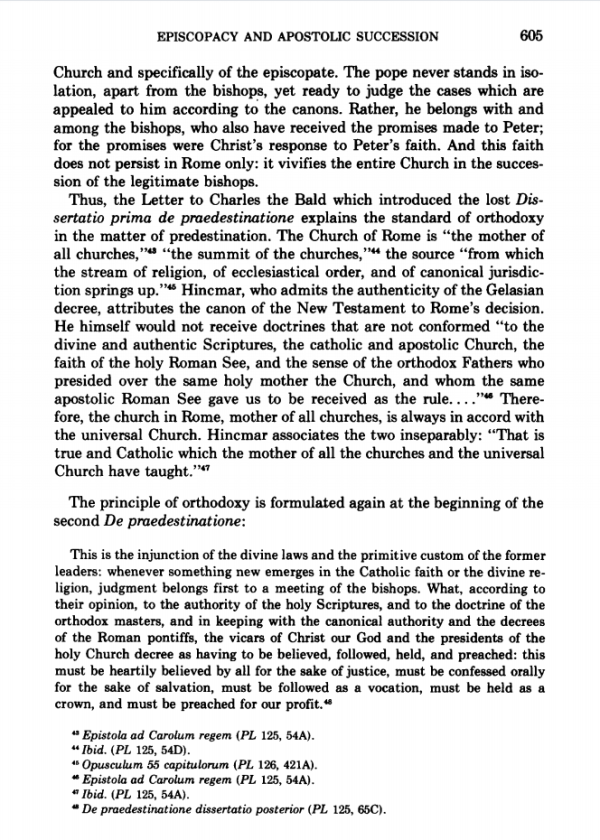 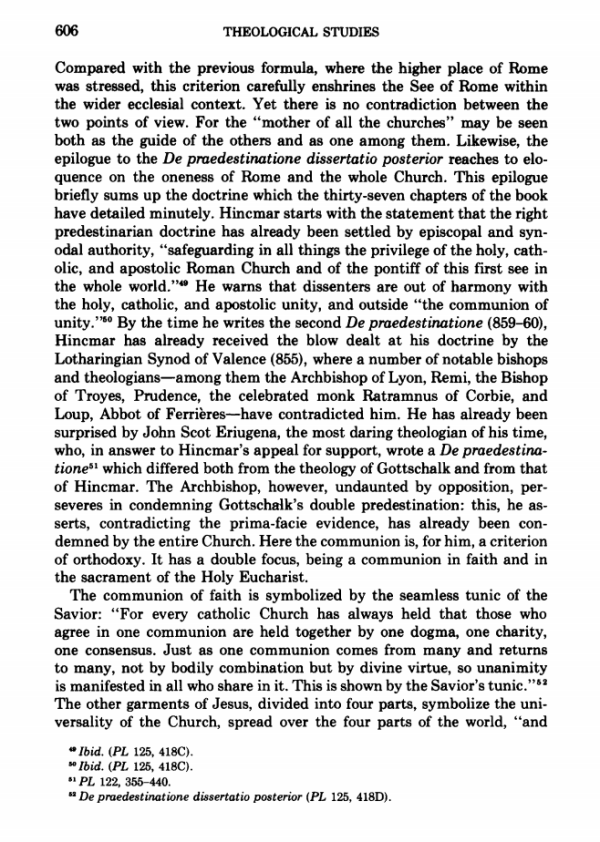 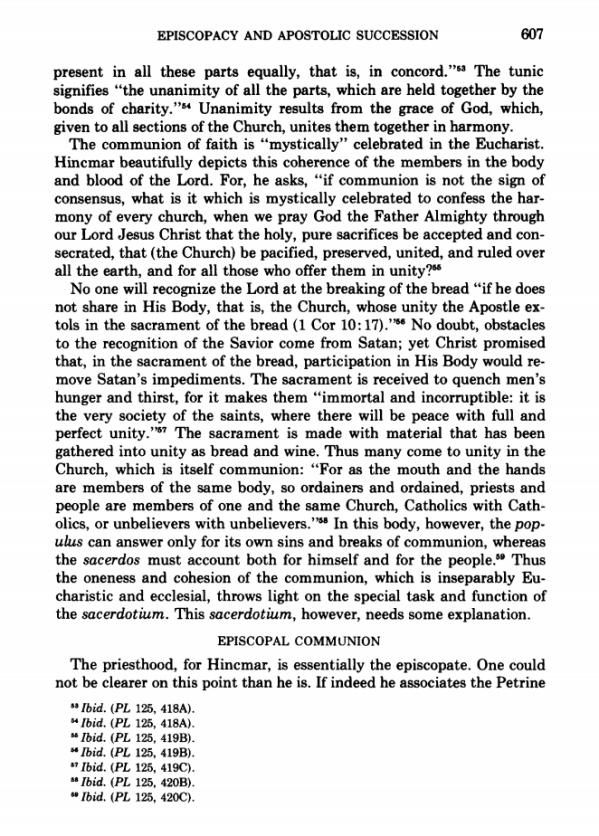 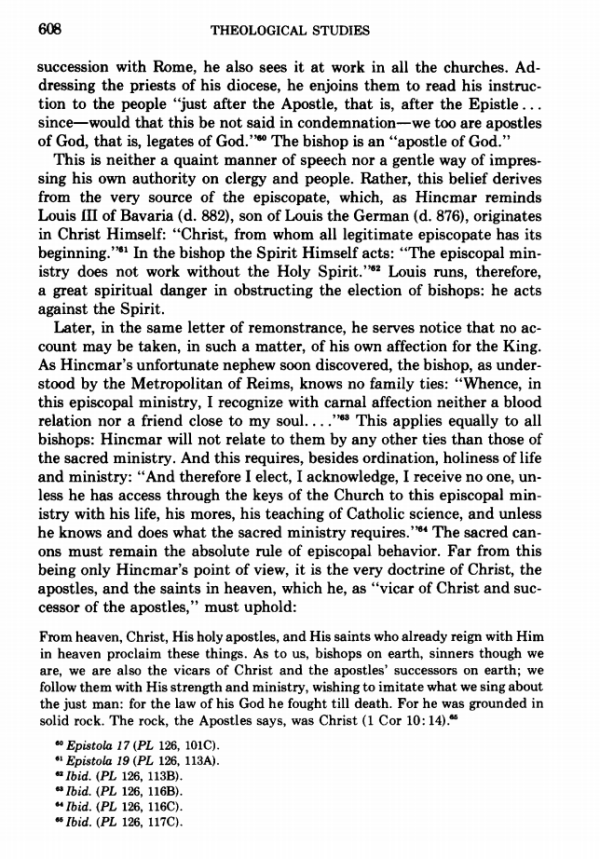 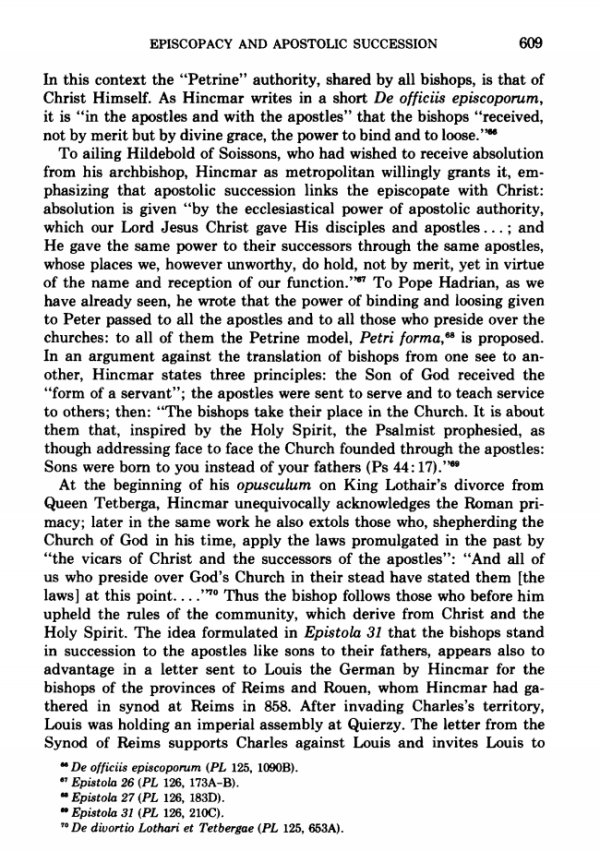 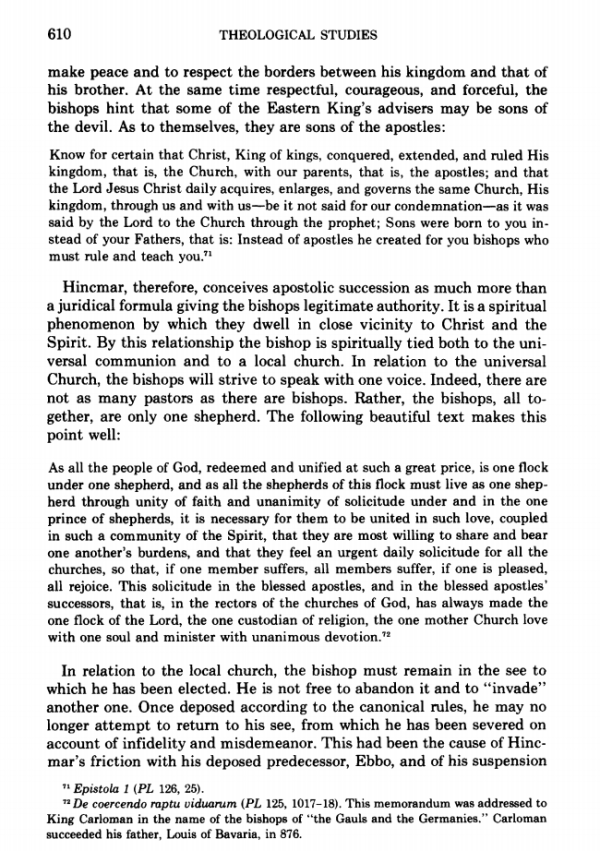 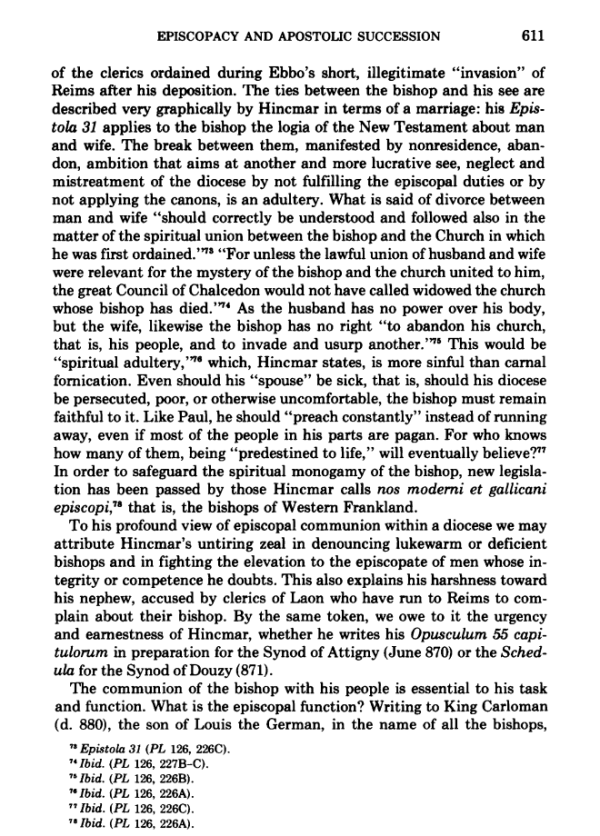 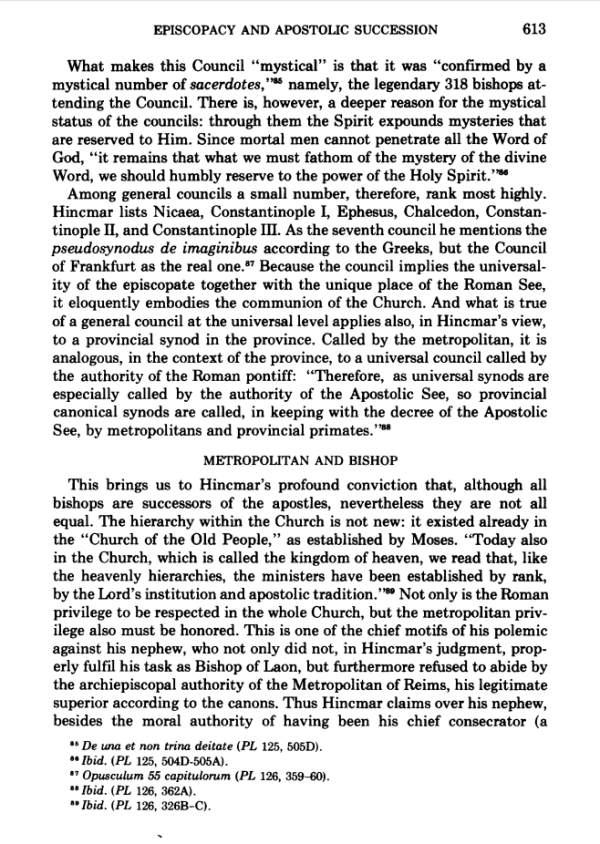 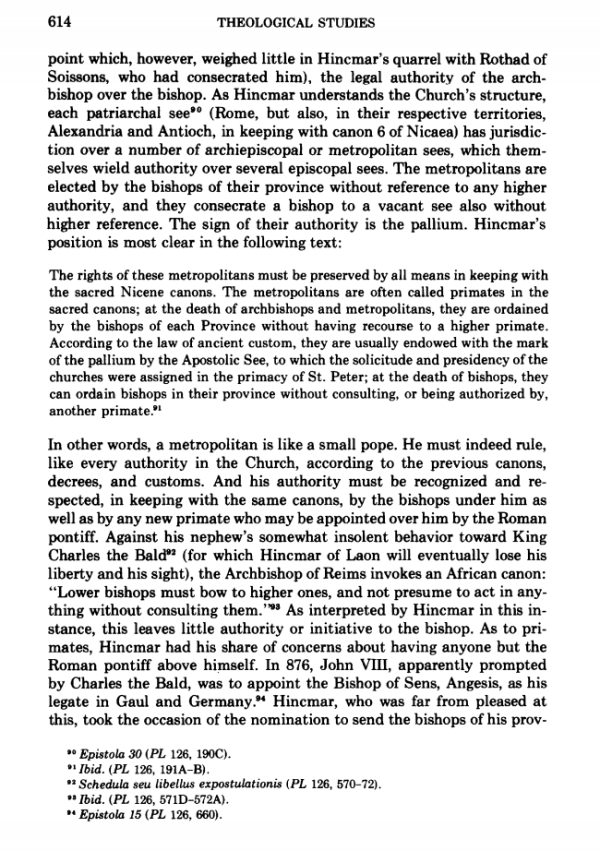 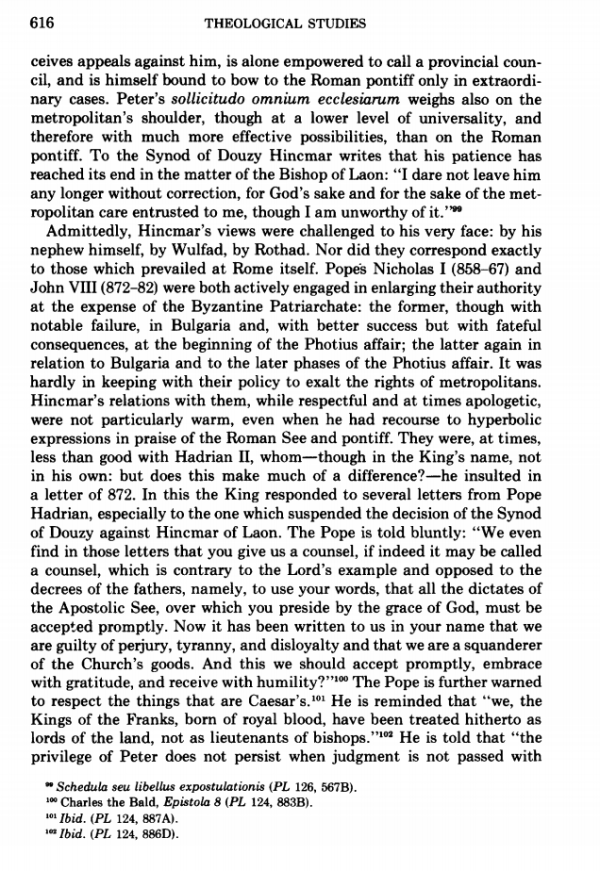 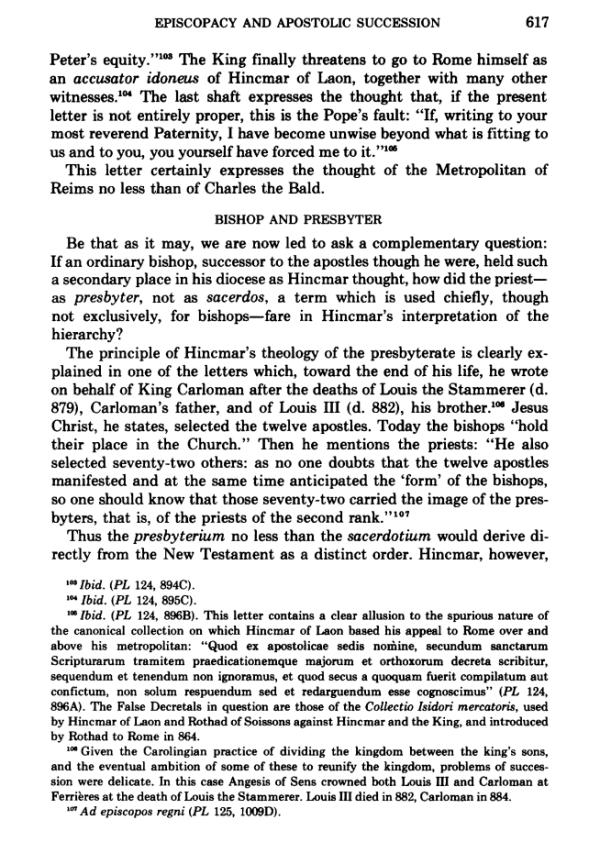 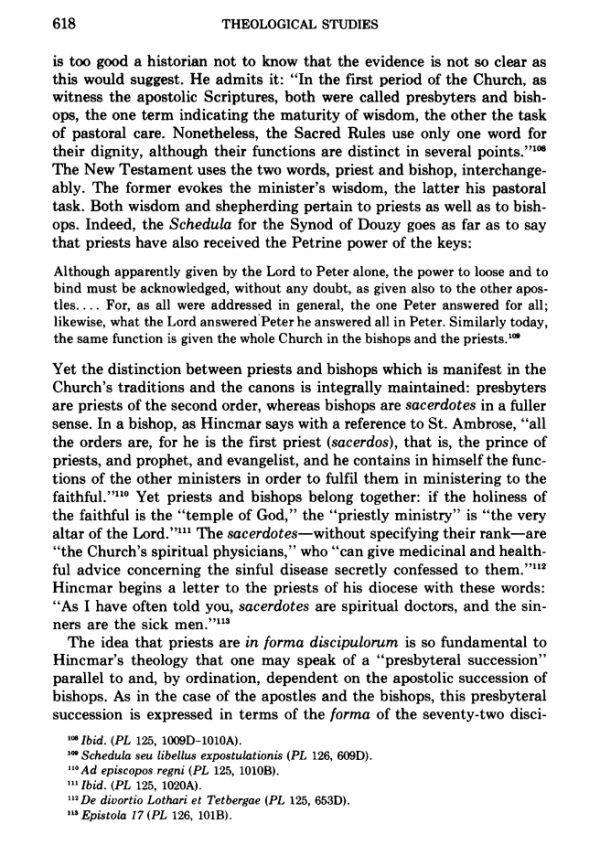 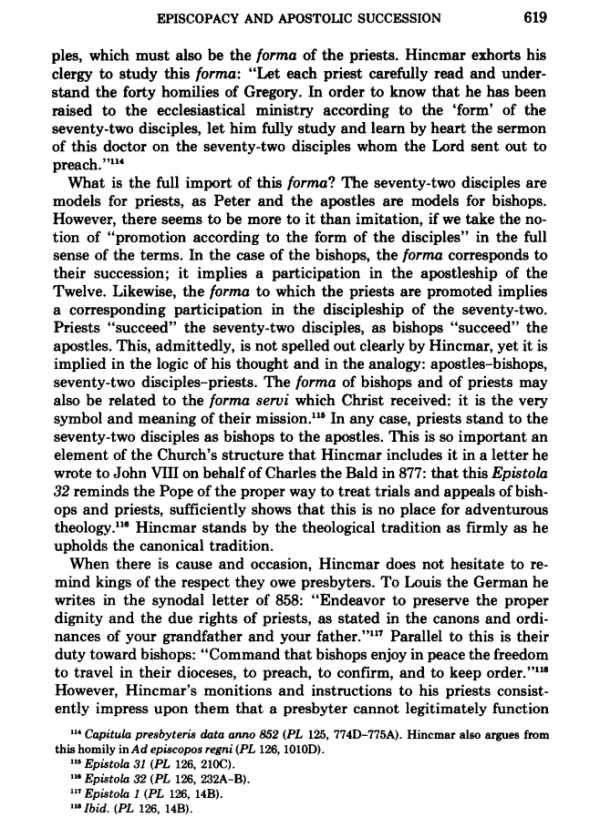 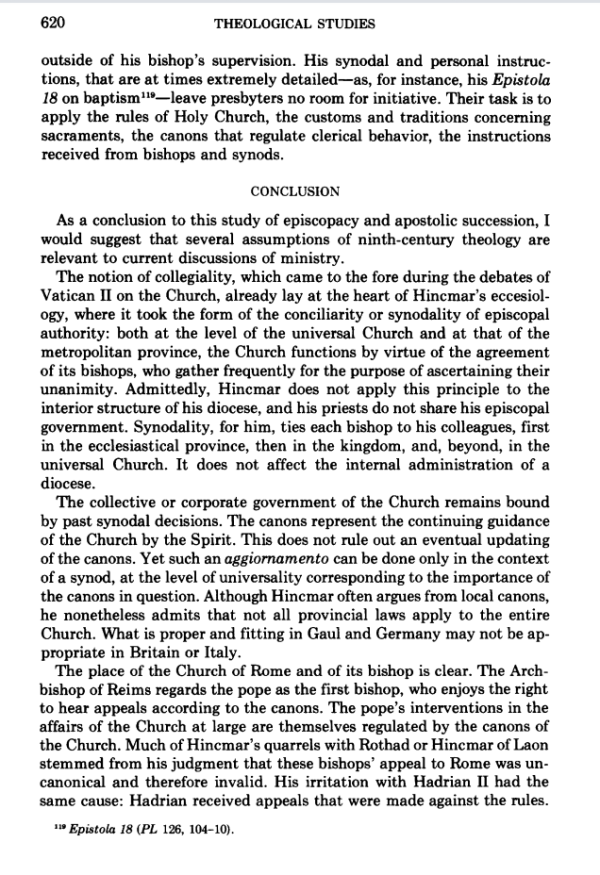 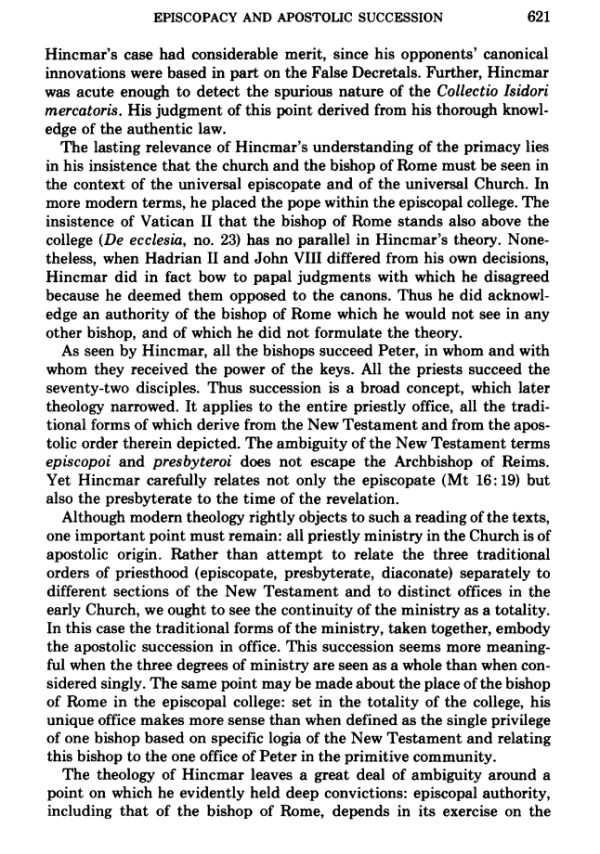 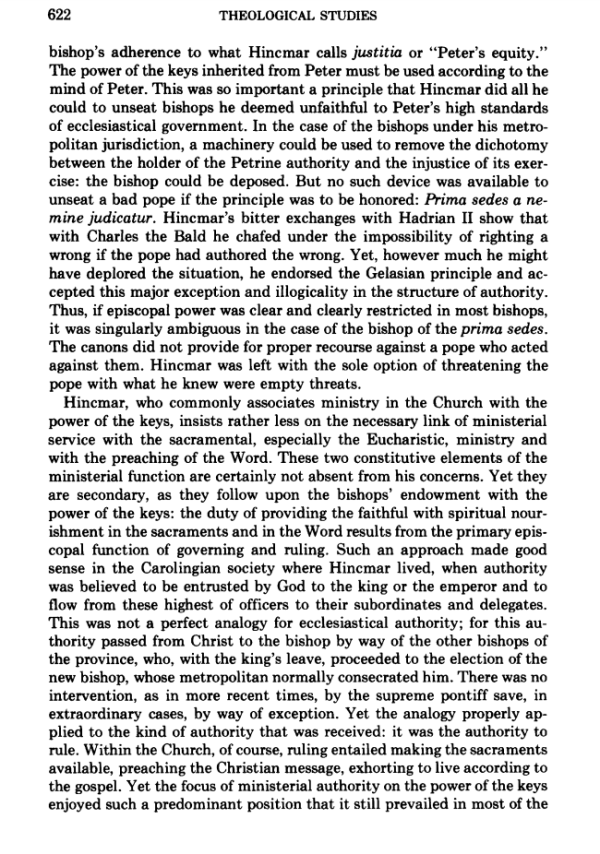 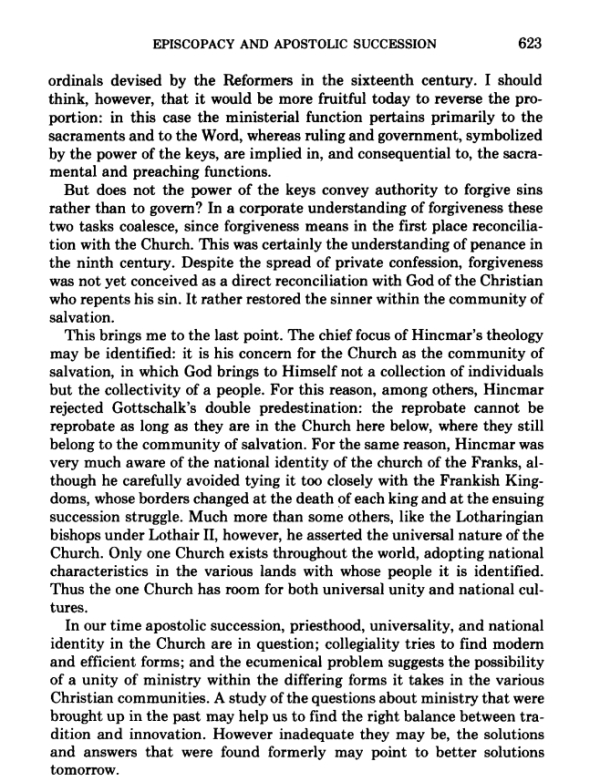